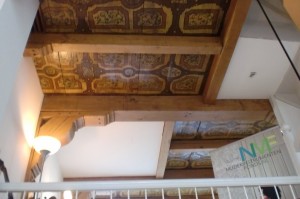 Today many ‘hidden’ monuments opened their doors, their treasures for the public in Amsterdam on the occasion of Amsterdam Heritage Days. Most of those monuments look like museums but they are not, they are used in ordinary working or private life every day. Imagine to live in places like that! For example the one on the picture (left), that by the way was only recently found: a ceiling dating back to 1585 (!), one of the oldest in Amsterdam and not comparable to anything that you have seen before…
Or the spectacular walls, mirrors and ceilings in the backpart of the Bartolotti house (1755) that is being restaured now to function as a museum and a place to gather. 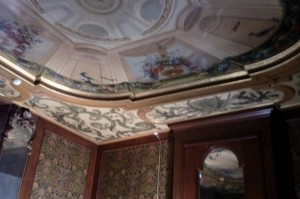 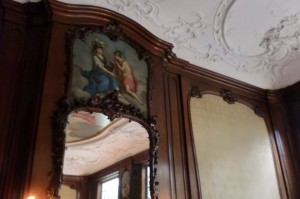 Ok it was a very very rich guy who built this – he inherited loads of money from an uncle in Italy, this was not for everybody in Amsterdam at that time. He spent the money well, leaving us a heritage that makes people happy. We stood in a long row to enter this place…. but it was worth it. If you visit Amsterdam, keep an eye on this; most problably it will be officially opened as a museum somewhere in 2016.

Another spectacular monument is the Hammerstein Lawyers Office in the 17th century ‘Golden Curve’ of the Amsterdam canals. It is difficult to describe the beauty of that place. Imagine it was your office! 17th and 18th century paintings, mirrors, doors and fireplaces… The marble entrance to the stairs is completely original from the 17th century. 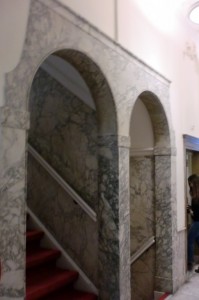 Thanks to organisations like the National Musical Instrument Fund, the Hendrick de Keijser association and Hammerstein Lawyers, both tourists and locals could enjoy many hidden treasures in Amsterdam. Amsterdam Heritage Day is a great tradition.

This site uses Akismet to reduce spam. Learn how your comment data is processed.